Kurt Ballash, an Army combat veteran, has combined love for his community and his passion for woodworking to help other veterans struggling with post traumatic stress disorder.

Kurt has long held an appreciation for woodwork. In fact, he spent most of his afternoons in his childhood years watching his father and grandfather craft custom cabinets in their shop.

It was here that Kurt would discover a deep-seated passion for turning raw lumber into original works of art. Beyond woodworking, Kurt also followed his family’s footsteps by joining the Army.

At the end of his contract, Kurt’s grandfather, who fought for the Navy in the Korean War, passed away, leaving Kurt his tools. Kurt found that “they provided a Zen-like calm that is not easily achieved after the deployments and rigor of military life.”

Eventually, he opened his own business, Ballash Woodworks. ​Kurt not only wanted to fulfill his own needs and heal his own mental wounds; he wanted to share his gift, passion, and catharsis with the rest of the veteran community.

Kurt and his wife, Jamie, planned to launch the Artisan Outreach program, but before the project got off the ground, Jamie was taken from Kurt by a sudden heart attack, leaving Kurt and his daughter alone.

Fortunately, Kurt had built a strong community around himself and had a solid support system. He pulled through, continued helping other vets and his community by starting a group of like minded artisans that all worked together on projects and classes for the local community.

Kurt was recently joined by Grunt Style as a part of Operation Community. Kurt’s friend, Joseph Lobban, nominated Kurt for recognition by Operation Outreach. In his nomination, Joseph wrote:

As everything was getting lined up and ready to take off, Jamie died of a sudden heart attack. Coinciding with her passing was the start of the COVID-19 initial shutdown. This took a massive toll on Kurt. His guiding light and stabilizer was gone. Instead of succumbing to demons than many veterans face, Kurt used his grief to see his and Jamie’s vision through. In honor of Jamie, Kurt got Artisans Outreach started up.

Since launching Artisan Outreach in his late wife’s memory, Kurt has helped countless veterans, servicemembers, and their families to connect with one another, heal, and learn an invaluable skill.

Grunt Style wanted to formally recognize Kurt, and all the good he’s done in the military community.

Consequently, Grunt Style’s Brandon Becker, who attended Kurt’s workshop, presented Kurt and his shop with a shaper. As a result, this highly sought tool will allow Kurt to broaden his scope of work. Furthermore, allowing him to expand his positive impact exponentially through woodworking and community building.

“To come back from [what he went through] and surround himself with his community is just incredible,” Brandon said. He added, “[Kurt] was there for us, we’re gonna be here for [Kurt]. This is the model for what the veteran community should be doing.”

Related post: How Grunt Style is fighting for Vets with Toxic Exposure 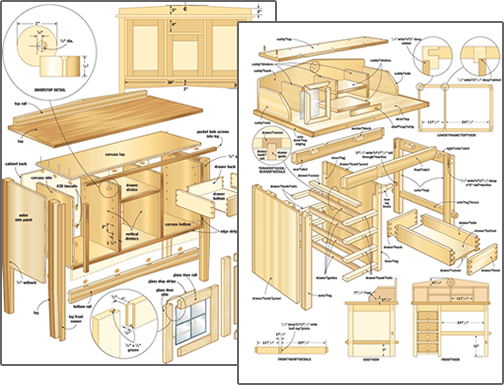